Move over, Russia, China’s in the caviar game now

Once the food of kings and tsars, caviar is now a staple on most fine-dining menus and every chef has his favourite type to pair with ingredients. Only eggs from three species of sturgeon can be called caviar – beluga, osetra and sevruga.

The most reputed caviar once came from sturgeon in the Caspian Sea, but overfishing has led 85 per cent of the species – including beluga -to the brink of extinction. This caused a recent worldwide ban on their fishing in the wild, encouraging sturgeon farming more than 50 countries, such as Saudi Arabia, Bulgaria and China.

“Some of the best caviar in the world now comes from China,” says chef and restaurateur Gray Kunz. According to one report, 21 out of 25 Michelin-star restaurants in Paris use Chinese caviar, and many Hong Kong chefs do too.

“Chinese caviar has its own beauty and its own taste,” says Edward Voon, executive chef at French fine-dining Le Pan in Kowloon Bay.

“I use Chinese caviar for sauces and hot food to give that different level of saltiness, rather than just using salt,” Voon says. “It gives you a different savoury taste. I don’t heat it up, I just fold it in. I look at the elements of the dish and if we need some sea elements to it, caviar and oysters are some of the best ingredients to use for this.”

EDWARD VOON, EXECUTIVE CHEF AT FRENCH FINE-DINING LE PAN
Voon’s signature caviar dishes include Botan shrimp tartare. “Botan shrimp has a smooth, sweet texture. It’s prepared with a little yuzu zest, avocado and almond oil, and we serve it together with a layer of sea urchin from Hokkaido and jelly made from the Botan shells with a hint of saffron. 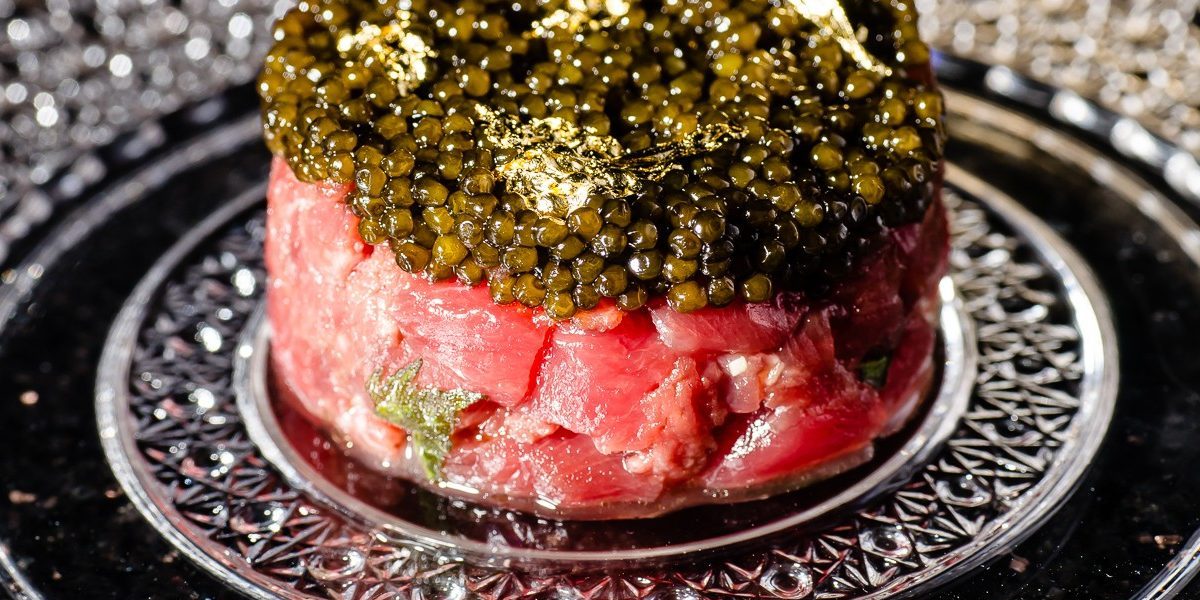 “On top of this, we have a wonderful Beluga caviar,” Voon says. “The objective I want to achieve is that we have the sweetness of the prawn; the acidity from the yuzu; the creaminess from the avocado and sea urchin; the intense umami taste from the jelly, and then the beautiful saltiness from the beluga from China.”

Parturient volutpat fames
He also pairs caviar with badaling cooked with Savoy cabbage. The sea bass-like fish is slow-cooked in olive oil and sits on a plate of silken pea purée and Savoy cabbage cooked in mussel stock.

“I add a little cream to the stock, and add the caviar once I have removed it from the heat,” says Voon, who chooses to use a French caviar with cold dishes such as beef tartare as it is saltier.

“Whether you use Russian, French or Chinese caviar, it’s about how we combine and integrate the caviar with the food and how we want the ending to be.”

“You have to have a strong understanding of what you want to achieve when using caviar,” says the Singaporean chef.

Over at Haku, chef Agustin Balbi says the restaurant uses a famous French brand of caviar which is now farmed in China.

Newer How a Russian power plant almost wiped out the world’s finest caviar fish
Back to list
Older Iran: Caviar back on the market as sanctions begin to ease off

Create an Account
Sidebar
Start typing to see products you are looking for.